London, 12th October 2020 – Avolites have released a new software application for media previewing and encoding called PRISM PLAYER. This release is the first application under the PRISM product range and can work as an auxiliary tool to the Avolites Ai video software platform.

From powering the London 2012 closing ceremonies to Glastonbury stages, Avolites’ Ai video products have been going from strength to strength – attracting a host of users across the globe working on high end complex projects and installs. Earlier this year Avolites launched their Q Series Media Servers, a range of 4 media servers designed to power every performance. Now they are looking to expand their user base and introduce the discipline to new users with a new slick and stylish player. Enter PRISM.

PRISM PLAYER is the first tool in the PRISM range, the platform is designed with an intuitive and clear user interface to give newer video designers and operators a stepping stone into the discipline. “With PRISM, we wanted to create a set of complementary tools that would help designers start to integrate video into their projects as well as improve the user experience for our current Ai users” says Paul Wong, Managing Director at Avolites. “Now that we have Synergy, we really want to get as many users as we can to start looking at video and seeing how they can incorporate it into their designs.” 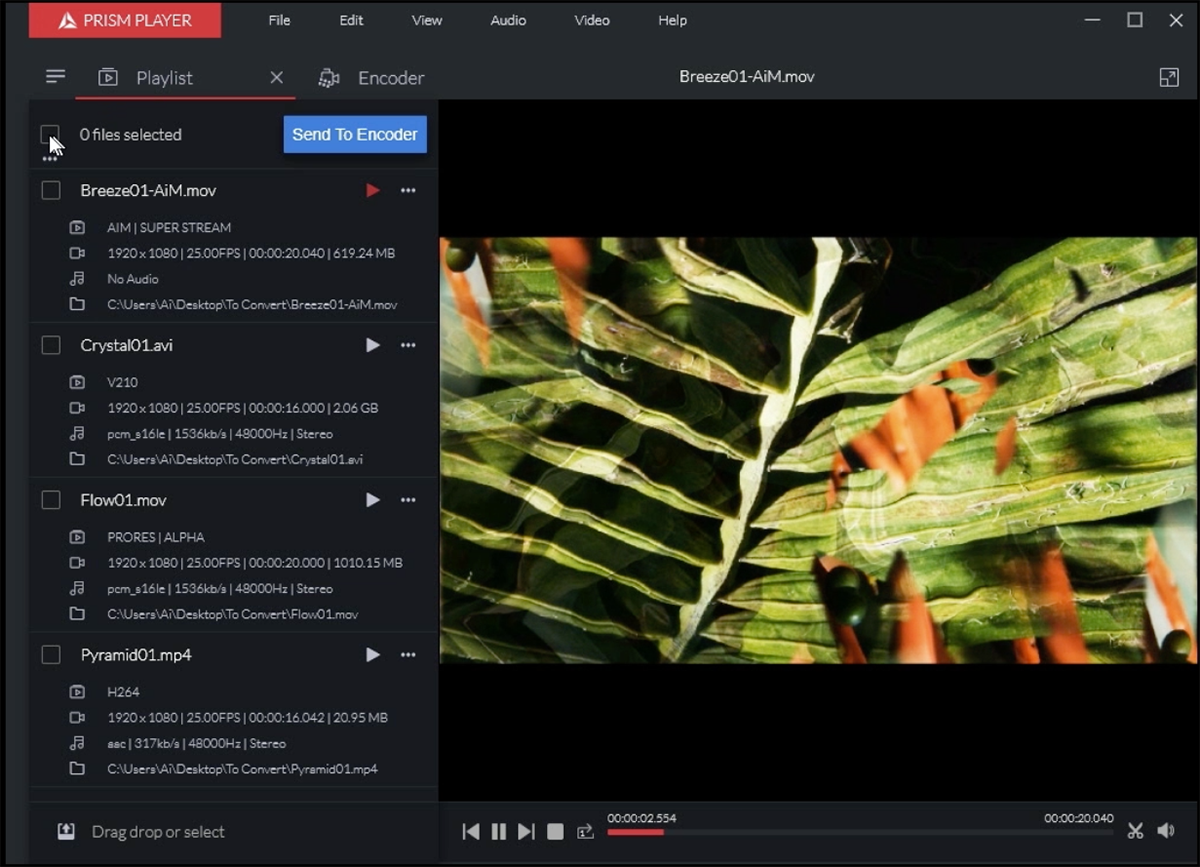 PRISM PLAYER is a powerful tool for previewing and encoding media clips without connecting to a server or Ai application. Video clips in most common video formats can be easily encoded into the AiM codec, ready to be loaded into the server. AiM is Avolites’ powerful video codec that is designed for high performance projects and shows. AiM can playback up to 16 layers of 4K content without losing visual integrity. PRISM PLAYER also supports the HAP codec, so clips from other servers can be previewed and transcoded to be used in Ai. Clips can be encoded in batches to save time.

Content rendered in AiM can also be previewed without uploading to a server. The software also includes a playlist function to preview different pieces of content together for a show or project. Playlists can also be saved and worked on later.

“For anyone involved in motion graphic production, programming shows or performing on shows with Ai media servers and AiM codec, PRISM PLAYER is an invaluable piece of software which will make everybody’s lives much easier and I couldn’t recommend it highly enough” says Ed Shaw, Managing Director of NEICO. With PRISM PLAYER, his team can view and make quick edits to vast numbers of media clips at one time and can then easily check content before delivering them to the client. 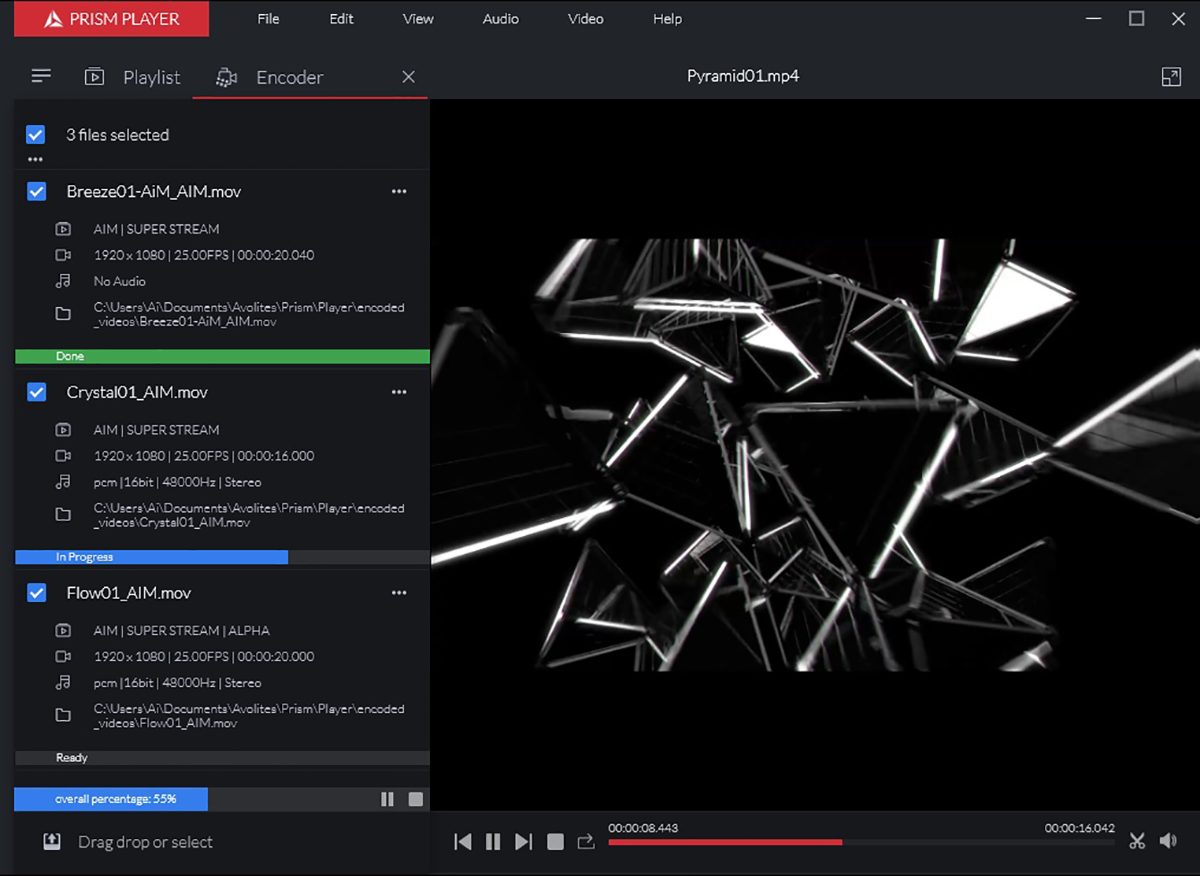 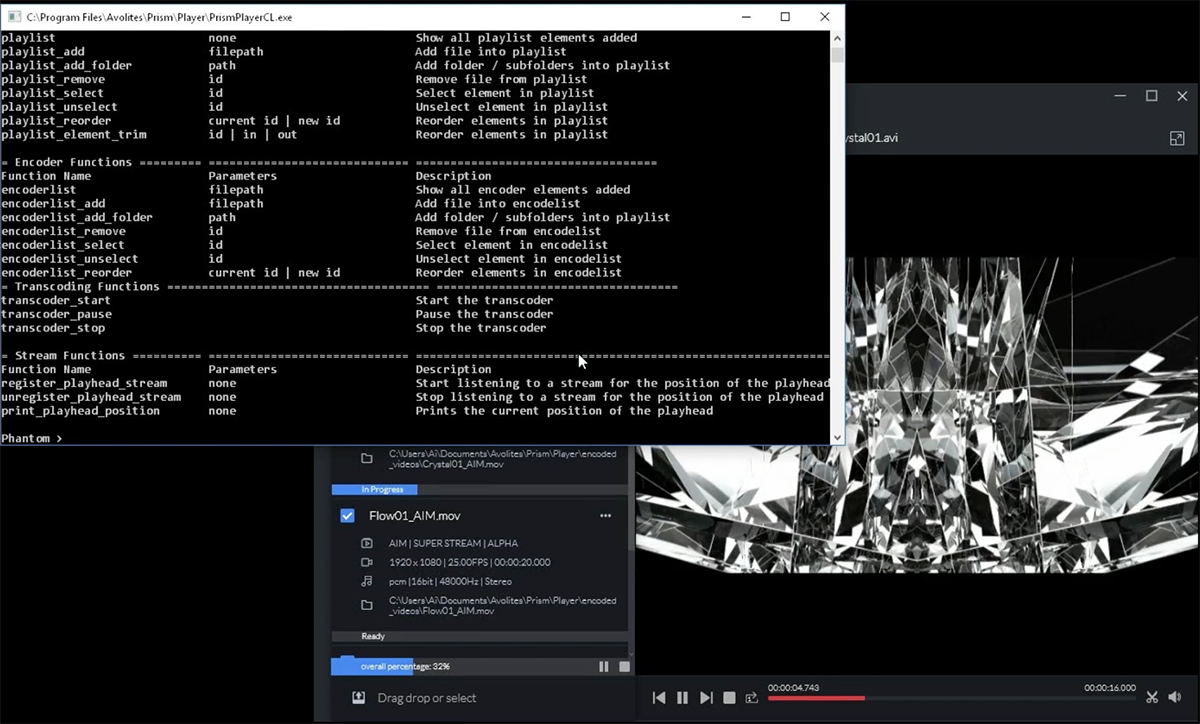