Steve Warren, Shareholder & Director of leading lighting control technology company Avolites, kicks off a series of articles talking to leading industry figures about the current state of play in the industry with a close look at innovation; where we have come from and where we might be going.

One of the great things about innovation in lighting and lighting design is that it is easy to track. Whatever happens with the technology, whatever happens with the software and the hardware, the results are seen right in front of your eyes. The shows that are being mounted today are different from the ones of a decade ago, and very different from the ones of the Year 2000. Back then we thought we were working right on the cutting edge.
Turns out we weren’t.

“The first LED PAR came out in 2002 and all the hire company bosses said: ‘Oh, it’ just a discotheque type effect; it will be a passing fad, this LED business’,” says Chris Ewington at i-Pix. “Now look at them – they’re all about LED.”

Any look at recent innovation in lighting has to start with LED, which has changed the industry immeasurably since those early days. It’s not just technical innovation either; the laws of supply and demand have worked their magic and the dramatic fall in price of LEDs, and the high-resolution video screens they have given rise to, has democratised the technology and put it within reach of many productions. The development of a wide range of LED screen elements such as blocks, curves, flexible screens, and transparent screens, has created huge opportunities for set designers to build screens into the complete visual picture.

Coupled with this we have also seen a massive increase in the availability of moving fixtures for every price sector of the industry. We now find automated lighting in large private residencies, normal budget weddings and shopping malls or bowling alleys. This has presented a raft of new sectors and opportunities for visual designers and event creators and, once the current situation is resolved, there is every expectation of this continuing.

Taking this to its logical continuation, I would expect to be able to colour, refocus or sharpen the beams via my iPhone app in my modest London flat by the end of the decade!

“The constant shrinking in size, cost, and power consumption of other live performance hardware will continue to drive the future of creativity on stage,” say Dave Green at Realtime Environment Systems. “Cost and form factor are the key drivers of innovation.”

“The ability to colour mix at intensity, both from a production point of view and from an architectural point of view, has been a complete game-changer,” says Wayne Howell at Artistic Licence. “The other thing is the evolution of network control standards and more advanced ways of getting the gear to communicate together. Put those two things together and you have a convergence between production lighting and ‘architainment’ lighting.”

It’s difficult to argue with any of that. ‘Architainment’ has been a valuable field for companies such as Artistic Licence and one of the prime directives of any industry when expanding into new areas is making sure the equipment can always talk to each other. The old joke is that standards are great, everybody should have one. But we do seem to be seeing a coalescence around enough of a small range of them to allow for maximum creativity in design and operation.

The development of high-resolution NDI streams has allowed companies such as ourselves and Martin to use live video as a data input for the control of automated and colour changing fixtures. And, as well as that, we are seeing increasingly wide acceptance and availability of low-cost nodes for Art-net and sACN, which have allowed for far greater fixture counts within the lighting system.

“Video and lighting integration is important when we talk of innovation, but in my view that work is now maturing,” says Green.

Maturing when it comes to this sort of area is a good thing too. Reliable and robust standards are vital to move forward into an increasingly interconnected era, because one of the things that is very obvious is the pace of innovation is not slowing down. It’s interesting to speculate what drives it though. As with other industries there can sometimes be a sense of innovation for innovations’ sake and that the latest developments and whizzy new lights and effects are putting the technological cart before the creative horse.

“The initial idea has to be a creative one,” says Tim Routledge, “it cannot be that I’ve seen this great kit and I want to use it. There has to be a reason for its use in terms of the creative direction of the project. Don’t get me wrong, I love technology, but I can’t see a need for technology for technology’s sake, and I’m not sure manufacturers always get that. There needs to be more of a move towards responsible design as opposed to relentless updates to kit.”

Kit for kit’s sake is something we’ve always avoided at Avolites. The industry is first and foremost about creativity and artistry, and that’s a viewpoint we very much support. But that said I also feel strongly that creative need and technical innovation are prime examples of a symbiotic relationship and that one feeds and shapes the other in real time.

Sometimes products break through. Talking to many LDs it is remarkable how many are regularly using realtime lighting visualisation to create more programming time. It’s also interesting to note how well our entry level T1 and T2 products that incorporate Capture pre-viz are selling and this goes to show that designers at every level are wanting to take control of their personal control environment. 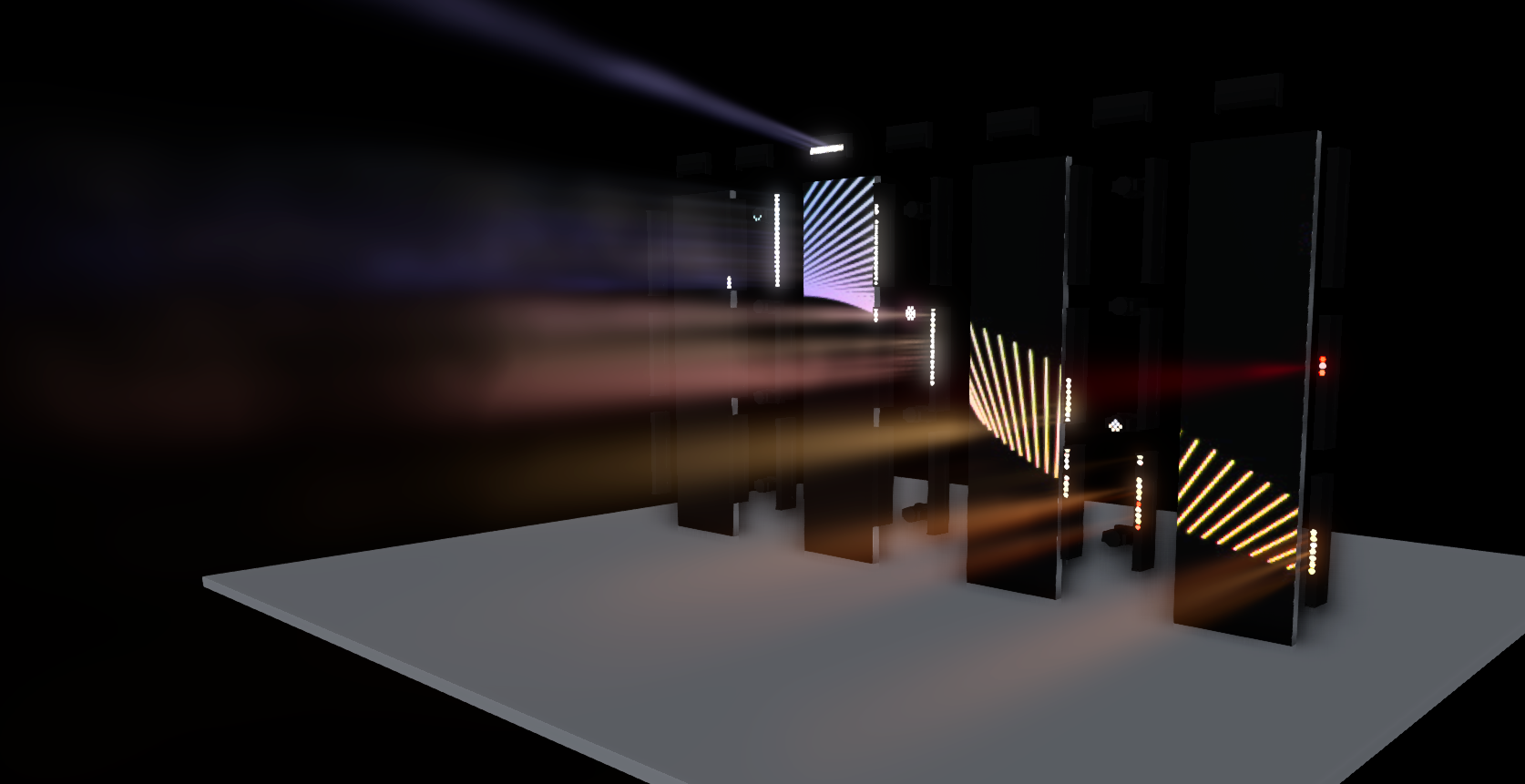 Innovation though is hard won. As the Backstage Academy’s Rachel Nicholson says: “We are a magpie industry, picking the best technology from bigger industries. We look at something, think it’s shiny, and we want to go and steal it. But on the other hand we can be really conservative. Within different reals of our sector we’re still using DMX and we’re still using Midi! Once we understand something we don’t like to let go of it.”

This is a good point and is as much of a function of our size as anything. As Ewington states, “Although we are now clearly a multi-billion dollar industry we are still small.” But there is perhaps more to it than just that. In many respects yes, we are restrained by market sector size and volume. But we have also been significantly constrained by not being able to assume high levels of formal training within our community and users of all products. Far greater levels of powerful functionality can be enabled when users are prepared to train, study and learn in detail.

I bring this up, as I feel that users are now doing incredibly well in up-skilling themselves and taking advantage of the on-line courses. There is no longer the expectation to “just jump in and drive” a full performance. I started delivering formal console training in 1993 and it really is a joy to behold when I look at what students are learning now in 2020!

But it’s worth pointing out that innovation comes with a burden and that burden is in part the knowledge that is needed to drive the technology forward. As Lighting Director Nick Jevons puts it, “Lighting and video integration has matured, but with that has come the increased requirement to have a good technical understanding of both sectors.”

And we will come to that in the next article in the series which will look at the changing roles in the industry.

First, it’s possibly worth mentioning one other constraint here too, and that is a more welcome one perhaps; sustainability. The importance of sustainability was echoed by all of the people we spoke to for this series of articles, often without prompting. Sustainability will become exponentially more important as the world recovers from the current crisis and once more looks at some of the longer-term problems it is facing. Products must and should be created with longer replacement cycles, lower power requirements, and less initial manufacturing impacts.

As for what innovation we want to see most in the future, Tim Routledge’s plea that
“Speaking as a lighting designer we need to eliminate the data management part of our job as it steals so much creative time,” will strike a chord with many. Manufacturers, us included, take note.

Myself, I have been waiting for and expecting one thing since the development of the awesome Texas Instruments DLP chip… when will all moving lights, even the small, low cost ones become high brightness and definition projectors? I want to be able to projection map my ceiling, shop, gym, yoga studio or the pyramids and everything in between. It’s not there yet but when I look with amazement at filters, prisms and physical blocks in the light beam and consider the pace of development in other areas, I am sure that we will be there soon.