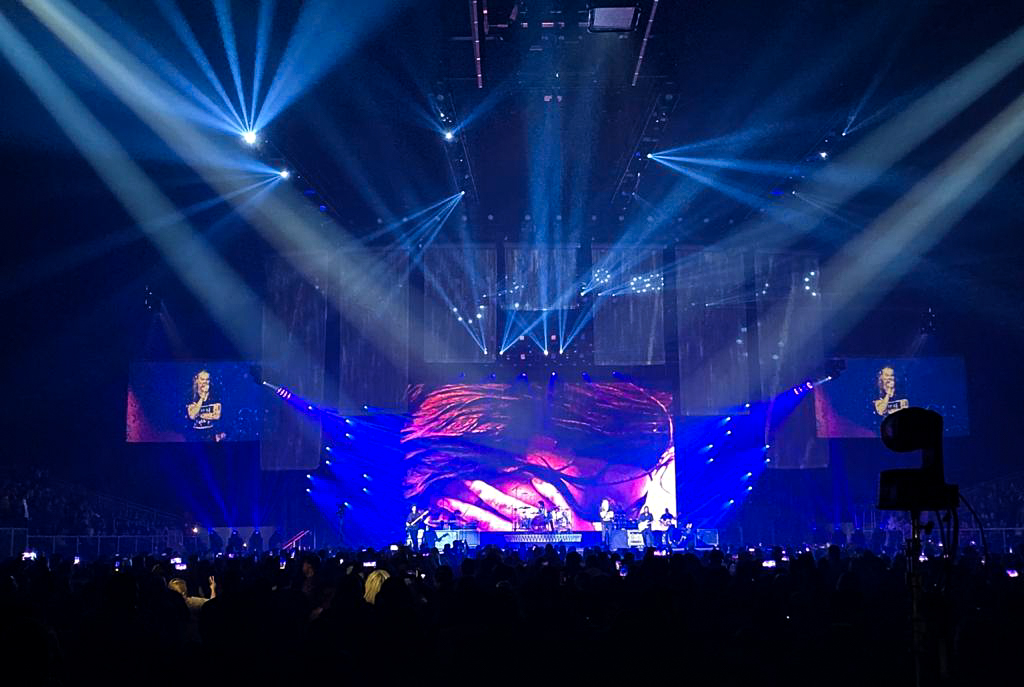 The Mexican pop rock band Maná is considered the most successful Latin American band of all time, with over 40 million albums sold worldwide. At the end of 2019 the band took its Rayando El Sol tour to arenas across the US and Canada, with an incredible visual show created under the control of Avolites’ Ai R8 media server.

“The show really gives the audience an amazing experience, with the light show, the massive automated LED screens that at times went from one wall to four in the matter of seconds, and the Front of House projectors with the rolling screens to capture the essence of the moment,” said Menga Cruz, MANA’s video designer.

The tour is based around Maná’s first hit single, Rayando El Sol, that formed part of their studio album Falta Amor released in 1990. “That era was my inspiration for the design, to take everyone back in time. I wanted to combine PAR can lights and conventional lights, create a vintage look with the new technology – like an upgraded version of the past,” explains Menga.

A longtime fan of Avolites solutions, Menga had been considering changing his video servers, and saw an opportunity to switch to the Ai R8 for this tour.

“I have a close relationship with Avolites. I have watched the evolution of the company with the new servers and have seen them grow into not only my trusted product provider but my family as well. They are always open to suggestions and always looking into the future, creating new things and investing in new technology,” he says.

“When I saw the Ai R8, I thought it would be a perfect match for the design for this show.”

Menga particularly appreciates the user friendliness of the Ai R8 interface. “It was so easy to make a new project. You can create so many functions inside this platform, allowing your imagination to run wild. The 3D ambient is an amazing tool too, we had so much fun with it,” he says.

The Ai R8 server allowed Menga to project not only key elements of the stage performance, but also beautiful, immersive content – including the creation of a virtual thunderstorm inside the arena with projected rain drops on the LED screens, and lights and ambient sound simulating thunder and lightning.

“The whole performance is an experience, showcasing the evolution of today’s technologies and Maná themselves,” says Menga.

The first leg of the Rayando El Sol tour ran from August-December 2019. It is currently on hiatus due to the COVID-19 pandemic.